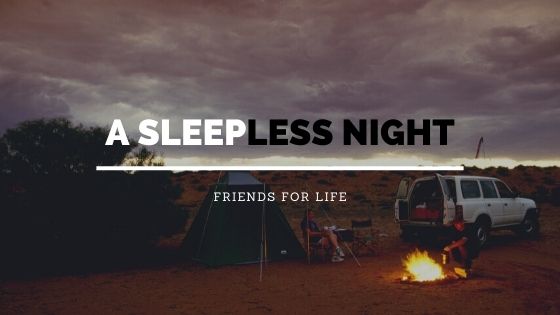 Like every time, this time too I went to my village during the summer holidays.

My friends had also come to the village.

We used to have a lot of fun when all our friends were together.

Live together all day, roam around together, used to go for walking in the evening.

Just like daily we all went to roam the village after having dinner, after walking for a while, sat down at a place.

Everyone was sitting together and talking, having fun.

After some time, two or three boys came. They too belonged to the village. I do not remember this much, but we had an argument with them on something.

The matter escalated a bit and the fight was about to take place, but a friend of mine settled the matter and sent them from there.

I had also called Rohit by mobile he had not come to visit us that day. But by the time he reached that place, those people had left.

Rohit reached there so we told him what happened before he came because I didn’t tell him on mobile why I was calling him, I just told him to come.

Plan to sleep on roof

We sat for a while and then came home. Now our plan was that we would sleep on the roof.

Sandeep’s and my house’s roof are attached together. Me and Sandeep went to their respective homes and brought mattress and blanket to sleep in the terrace. But they were not so much that we could all get comfortable in it. Still we got adjusted in it.

When I was bringing the blanket and mattress on roof, my Grandma was refusing me to sleep in the terrace.

By that time, Rohit had gone to his house to sleep there. The rest of us were there.

We all sit and talk and have fun, It was getting late at night but our talk was not over.

Nobody was even able to sleep, and even if someone sleeps, we do not let him sleep. It was long enough and everyone else had slept except us.

As the night was progressing, the cold was increasing a bit and mosquitoes were also biting.

We had blankets but they were falling short.  So what I did was I remover the cover of mattress and used it like a blanket.

It was too late we were just laying but not sleeping and even not talking.

It was around 3:30 am in the morning we all feel little sleepy and trying to sleep.

I was also getting sleepy by that time and was trying to sleep. After a while I slept, everyone else was also asleep.

There is a Gurudwara near my village in which prayer starts from four o’clock in the morning.

A friend of mine started getting up, and started saying that look at the prayer started in the Gurudwara. I was able to sleep for a while and he woke us up.

We all scolded him a lot and then fell asleep.

When sleep broke, the sun had gone out and due to heat, I was sweating.

Then we came down and slept in the room again.