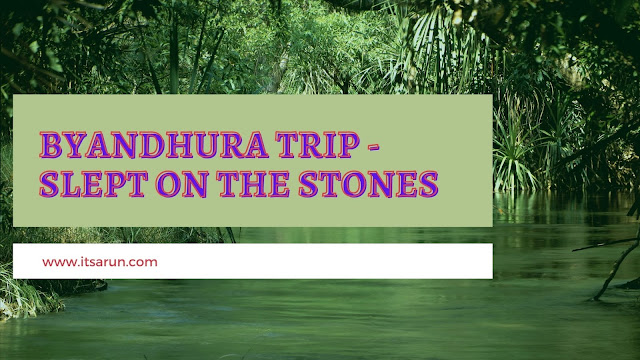 My village friends came to my house to pick me up. I also had my packing done. I was sitting in complete readiness, just wearing shoes. I put on my shoes and we are ready to go. I was not taking my bike because there was something wrong with it and I had to fix it.

Two or three boys from the village came with my friends. Those people came in Total 3 bikes. And now we were 7 total people.

They asked me to bring my bike, so I told them that there is something wrong with my bike, then I cannot take it. I sat on my friend Sandeep’s bike.

The children of Bikas’s aunt and some friends of the village were also going.

A friend of ours was going to come, but he was not yet reached. We all stayed at Bikas’s house and were waiting for him.

It was the month of March and the heat was increasing. We were calling him and saying that he should come early, but he was not getting a bike to come, and there was not even enough time for anyone to go to his house and bring him.

After waiting for a long time, he came to us with his uncle’s bike.

Friends who came from my village refused to walk because we had to walk from Bikas’s house and from there we had a much longer route and had to walk a lot. But the people who were going from the village of Bikas were speaking to go on foot, because it is very difficult to keep a bike in the forest.

After a long debate, it was decided that everyone would go by bike. And will keep the bike somewhere safe.

Bike was less and people were more, 3-4 people were sitting in one bike. We all sat in the bike and left from there.

After going far enough away, the road to the forest came.

Initially, the way was fine, as the path was getting worse as we were going inside the forest.

Trees were also fallen on the way in many places. It was very difficult to lift those trees to the side, because they were very big and heavy. The bikes had to be lifted and crossed through those trees. There was also a river in the middle of the road twice, it was a big task to cross the bike from that river.

There was less water in the river and there were big stones, we took bikes on top of them.

Extra people got off the bike and were walking, and only one person was sitting in a bike, I was riding my friend’s bike.

After a lot of hard work, we brought the bikes up and the road got a little better. A further tree fell on the way, and it was big enough, it was difficult to cross the bike over it.

We all reached there (kumhiya). Filled water bottle from waterfall and rested there for while. After resting for a while, we all started preparation for cocking food.

It was already noon, and everyone had lunch. Everyone was resting after having food, having fun.

Where we were staying was a rainy river, in which there was little water at that time. We were not the only ones to stop there and many more people came. The temple was still far away from where we were staying. It was evening and now it was time to go towards the temple, but the friends who came from my village refused to go further.

Because the place where we parked the bike was not a safe place, and the bike was also afraid of theft. So we decided to stay there.

Where we stayed, everyone goes towards the temple as soon as it is evening, because there is also the danger of wild animals, But we could not leave the bikes too.

Those who belonged to the village of Bikas and my friend who had come late (Sumit) decided to go to the temple.

Alone in forest- Slept on the Stones

We 7 people stayed at the same place. My other friends went towards the temple. We collected dry wood to burn in the night, because the weather used to get cold at night.

There was a lot of darkness and everyone started going from there, we lit a fire and started preparing food. We ate food and sat near the fire before it got dark. We did not even have a bed to sleep in, everyone just brought blankets from the house and covered them.

We ourselves had burnt more fire and we were getting heat from it, but there were big stones in the name of Bed for sleeping. There was no light on it, it was dark all around, we were just getting light from the fire.

It was very difficult to sleep on the stone, all the people were sitting and talking, nobody was feeling sleepy. There was still 2-3 hours left in the morning, and everyone started sleeping, all were sleeping on stones.

I too was feeling sleepy, so I too fell asleep on a stone.

When I woke up, it was bright. Some friends were up and some were sleeping. When I got up, my shoulder was hurting from one side.

He must have been sleeping on the bumpy stone, I told my friend Rohit to give me a little massage in my shoulder. He massaged my shoulder for a while and then my pain subsided a bit.

People also started coming down from the temple, then we all went up the side to the river to bathe, the top was like a natural swimming pool. We went there, some people started taking bath and some started cooking.

I was among those who bathed. The water there was very cold and there was clear water. After bathing, everyone ate food and started preparing to go home.

We reached the place of the bike, our bike was safe. Sumit had given his bike to me and now I had to deliver his bike to Bikas’s house.

Her bike was old and something had gone wrong due to her riding on the bad path of the forest, bike was being stopped again and again.

Whatever troubles came when we were coming, we were having all the same problems again, fallen trees, river, stone path along the way. After doing all that, we reached Bikas’ house and parked Sumit’s bike and came towards the house.

My friends left me home and went to the village.

There was too much adventure in this trip, but the fun was as much.

Thank you for reading my blog, I hope you had enjoyed it.

One thought on “Byandhura Trip – Slept on the stones”