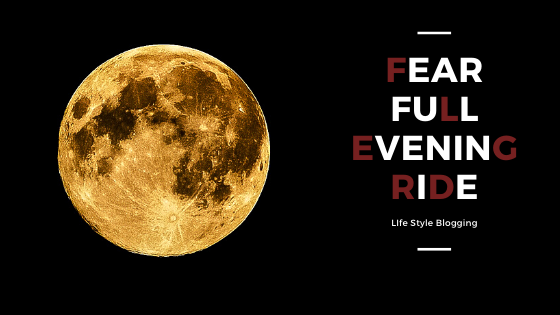 At that time we used to stay in the camp in Meerut. Me and my friends used to go for a walk in the evening. Sometimes we used to go around the camp by taking cycles. In the back side of our camp, a very large society was being formed, in which many parks were also built.

We had never been there before. But the place looked very good from outside. No one lived on that place this place was still being built.

One day my friends and I thought of going there. Me and my two other friends took their cycles and left their homes. We met at the park. At that time there were no smart phones. And when we were small, we did not even have phones. We met all three friends in the park, then together we left from there.

Entered in Empty but beautiful society

While wandering in that place, we saw another society in front of it, it was on the other side of the road. We thought of going into that too. We crossed the road and then went to another society. That society was formed and people used to live in it.

When we went inside a little, we saw a park there. We went there. There were also swings in that park. We parked our bicycle outside the park and went inside. Going inside, we climbed into the swing and started playing in them. We were enjoying a lot. We played there for a long time.

It was evening and it was getting dark. We came out of there and came back to the previous society. When we were roaming for a long time, we also felt thirsty. We started looking for water to drink.

When we found a water pipe in a building, we drank water from it. It was a little dark, we thought of playing for a while in the park.

We went to the park and started having fun, there was no one to stop us. It got dark while playing.

Alone in a deserted society

We hurried out of the park and cycled towards the gate. By that time, it had become very dark, but on the way there was light all over the place. When we reached the gate, someone had closed that gate and there was no one from whom we could open the gate. We got a little scared. We ran back to another gate from where we had gone to another society. But that gate was also closed.

Now we were even more afraid. We did not even have a phone that we could tell anyone where we were. We went again to the entry gate. From there a road was going to the right side, we went further on that road. Next we found another gate but it was also closed. But we found a man there.

Safely Came out of the society

We asked him the way out and told that the gate from where we came has been closed. He told that a small gate is open ahead. We were very happy to hear this and quickly ran forward.

In front of us, we saw a small gate from which only the bicycle or bike could get out. We left the society outside that gate.

We got a smile after getting out of there.

Thank you for reading my blog I hope you like it.