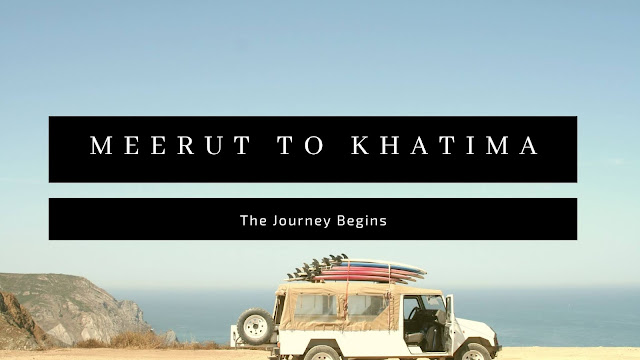 I took leave of my friends and sat in an auto rickshaw, I told the auto person that I have to go to the bus stand. That auto left me at the bus stand. A lot of buses were standing at that bus stand. I asked a man standing there, which bus will be for Khatima.

He said that bus will be found at other bus stand for Khatima. And he told that auto rickshaw will be available from here to go there.

When I reached that bus stand, then I started to know something, I found the bus going to Khatima, the bus was standing on the same.

There was some time to go to the bus, so I started waiting at the bus stop. I called Rohit and told him that I have got the bus. After waiting for a while, the bus started moving a bit and the passenger started sitting in the bus, so I also sat in the bus. The bus moved a little beyond its place and stopped. All the passengers had boarded the bus.

It was too late, the bus was not moving ahead, when we asked the conductor, he told that there was some problem in the bus.

Everyone started getting angry with him that when the bus was damaged, he would have told us first to take another bus, for so long we have been kept inside the bus.

I got down from the bus and started looking for another bus, there was another bus standing ahead but it was going to Haldwani, I sat in it. I thought that from Rudrapur, I will take another bus to Khatima.

It was evening when I reached Rudrapur, at the time of coming from Meerut, I hung my glasses in the bus seat that I would take when I descend.

When Rudrapur bus stop came, the bus stopped for a while and the passengers of Rudrapur started descending and I also took my bag and got off the bus, in a hurry, my glasses were left in the bus.

At that time I did not know that my glasses had been left in the bus. I went to the bus stand and started looking for the bus going to Khatima.

A private bus was standing there that was going to Khatima, and there was no government bus there.

It was getting dark and if no other bus came for Khatima, then I got stuck in Rudrapur, then I sat in that bus. There were very few passengers on that bus. Some passengers got off the road, now only 8-9 passengers were left in the bus.

When I was sitting in the bus going to Khatima, I remembered that my glasses were left in the bus itself.

The bus reached Nanakmatta some people landed in Nanakmatta, now only 4-5 people who had gone to Khatima were left.

The driver started saying that the bus will not go ahead because there are not many passengers in the bus going to Khatima. He took us down to Nanakmatta and went away. Nanakmatta was 16 km from Khatima.

It was night and we were standing there. Some people said that Delhi bus will be coming in a while, so we started waiting for it.

I called home and told that I am in Nanakmatta and I am waiting for another bus.

The bus was coming from Delhi, we sat in it. I reached my house in half an hour.

Thank you for reading my blog hope you had  enjoyed it.

This is the second part of my blog “I meet my friends after 5years”. If you not read that blog go and read that and you understand the whole story.