Meeting my friends after 5 years 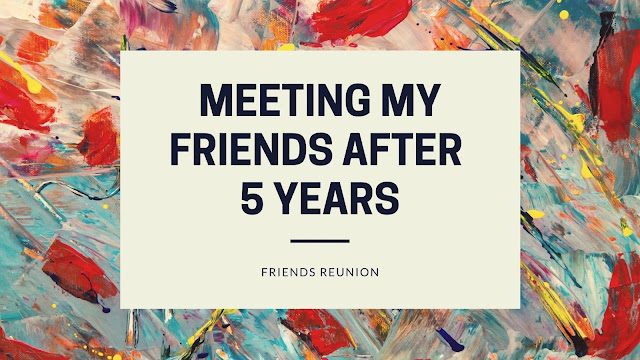 I was coming home from Rajasthan after two and half months. I was working in a hotel in a city Behror. My hotel was on highway to I took bus to Delhi from my hotel. While sitting in the bus, I thought that why should not I go to meet my friends in Meerut. Because Meerut is near Delhi, I was not going to have any problem in going to it.

I called my friend Rohit and told him that I am coming to Meerut to meet him. After 5 years I was going to visit Meerut and was going to meet my friends.

I reached the Delhi bus stop and took the bus from there and reached the bus stop from where I was going to get a bus to Meerut.

After reaching the bus stop, I found the bus going to Meerut and sat in it.

A boy sitting on the seat next to me was also going to Meerut. I started talking to him, I told him that I have lived in Meerut for 5 years and now after 5 years I am coming to Meerut. After 1: 30 hours I reached Rithani.

It felt quite good to get off the bus. Everything was missing from back. Much was the same as before and much had changed. I called my friend and told him that I have reached Rithani and told him my location. I knew his house but it had been a long time, so I could not remember the way.

By the time he reached I went to my other friend’s shop but he was not in the shop. After waiting for a while, he came to pick me up. After so many years, meeting him looked quite good. On reaching his home, I met Uncle Aunty, they welcomed me very well.

I told him that you too come here, and he reached Rohit’s house without delay.

I met him, we talked for a long time then we went for a walk. By then it was evening. It felt very good to roam in Rithani. All the memories were refreshing.

We went to the school in which we had studied together, then went to the market and ate a little bit. Rohit had some work, so he went home. I went to Chandan’s house. There I met Chandan’s family and they also welcomed me very well. We talked for a long time sitting in Chandan’s house. When it started getting dark, Chandan came to leave me Rohit’s house and then went home.

It was night, we were sitting and talking. So Rohit told me that let’s meet you with Anurag, Anurag’s house was close to Rohit’s house. We went to his house and he recognized me at once.I used to talk to Rohit and Chandan but I did not have Anurag’s number. And I could not even talk to him, yet he recognized me.

We talked there for a long time, then came home and ate food and slept. I had to leave for Khatima in the morning. I had breakfast; bid farewell to Uncle Aunty, by then Chandan had also come there. Rohit and Chandan were coming with me to drop me to the bus stop. When we started leaving from there, Uncle noticed that I do not have a water bottle, Uncle was very sweet. He gave me a bottle of water.

The bus stop was about 1 km away from there; both of them came there with me. I had to take a bus from that stop to another bus stop. I thought I would go to the bus till that bus stop. But they told me that the auto rickshaw will reach me there.

I took leave of them and sat in an auto rickshaw and came from there.

Thank you for reading my blog, hope you had enjoyed it.

In the next blog I will tell you how I reached Khatima from Meerut.