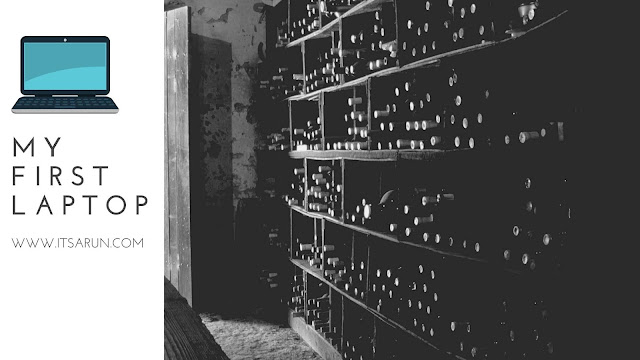 I got my laptop in 2016 when I was in 10th. At that time I did not want a laptop. Dad got the laptop himself. I did not demand laptop from them.

I wanted a bike at that time. At that time I did not have a bike in my house and many of my friends had bikes, so seeing them I also thought that I wish I had a bike too.

But Dad said to get the laptop and refused to bike.

I thought I would take the laptop. At that time my friend Vikas had a laptop in my friends. I tell him that my dad I buying me a new laptop.

Until that time, I did not have much information about the laptop and I did not know how to use the laptop.

The day I had to go for a laptop, I called him. It was evening time. I, Vikas and dad, we went to the market.

Vikas took us to the laptop shop from where he had purchased his laptop.

At that time i3 processor were in trend in our budget. I saw 2-3 laptops of different companies. Out of that, I chose HP laptop i3 processor with 1tb hard disk.

I took a 3G NETSETER with him because at that time, 4G was not available and bought a woofer.

The total cost of all three was 32000 rupees. In which the price of NETSETER was 1000 rupees which is waste of money.

Then we came home with a laptop. I did not want a laptop, yet when I brought it home, I was very happy and I was too excited to use it.

When he came home and opened the laptop, Vikas explained a little bit and then I went to leave him and gave him a little treat.

We ate chicken rice he didn’t eat chicken at that time because non-veg is not allowed in his house.

But I asked him to try it that was the first time he had eaten chicken in front of me.

When I used to be in school after the laptop came, I kept thinking about Laptop. Used to come home and sit on the laptop. Connect woofer in it and play music in full volume.

Then Vikas gave me the GTA San Andreas game. That was the first game which I played in my laptop and I like it very much.

The first cheat code he showed me was RIPAZHA that I still remember today which is a vehicle flying cheat code. After that Vikash brought a lot of games and I played many games with the rest of my friends.

I did not know how to run a laptop properly, so I was always looking for something. My laptop had Windows 8.1 at that time, which was new for me because I always looked at Windows 7 in computer.

Gradually I learned to use the laptop well. There was a time when my laptop filled my mind.

It used to be a long time that I would not turn on the laptop and if I ever walked, I would stop watching movies or songs.

Then came PUBG I used to play PUBG in my mobile first. Then I used to watch a lot of streamers and my interest also started playing PUBG in Laptop. I installed PUBG in my laptop.

I used to play PUBG continuously for 3 4 hours a day in Laptop because it also has a little advantage from mobile and there was no issue of battery also.

My work on Laptop

“Then I created a Youtube channel, with the name of KISMIS GAMING in which I used to upload PUBG game play videos and start uploading small videos on Instagram.”

Today I am also writing this blog from my own laptop and I use it more to work with my laptop.

My laptop is 4 years old. According to today’s generation, my laptop has become very old. There is a lot of difference between the earlier i3 processor and today’s i9 processor but today even my i3 is supporting me in my works.