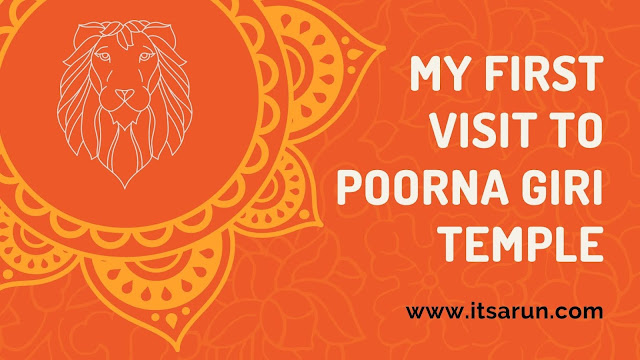 It was the time of June, my 10th result had come, and I had passed with good percentage. I asked my friends to go somewhere, so first it was decided that we will go to Byandhura. We have decided the date.

Before that I had never been to Byandhura, it was the first time when I was going to go to Byandhura. I told in my house that we are going to Byandhura, then my family started to refuse, to go there, my friends also asked in their homes so even the people of their family refused. Because the way to Byandhura was full forest and there was no paved road to go, and that time was also rainy.

I also asked my school friends to go with us so they too were ready.

The plan was almost canceled

The day we were going to leave, it started raining in the morning. We could see our plans being canceled. My friends also gave up hope of leaving. But I had so much desire to go there and was so excited that I was praying that the rain stop soon.

The rain stopped at 10-11 AM. I first called my friend Rohit and asked him to leave, he was ready.

I went to the village to pick up Rohit. From there we went straight to Bikas’s house, Sumit was also there. When we reached Bikas’ house, he and Sumit were planting paddy in the field. We both reached his farm and then brought him home, both of them packed their bags and all four of us came to my house on the same bike.

On reaching home, I called my school friends and told them to come. One friend arrived early but the other two were not coming soon. I was calling them again and again. After a long wait, both of them came to my house.

We went out of my house for Poorna Giri. We sat in a jeep from Khatima bus stand. He reached us in Tanakpur. From Tanakpur, we took another jeep which was going to take us to the mountain.

When it rained in the morning, the weather had become very good. A little ahead of Tanakpur, the hill path started, the mountains looked very beautiful.

Very large stones were fallen on the side of the road, somewhere the road was broken. Water crossing was also coming in between. We took the jeep to the next stop from where we had to take another jeep, we did not change the jeep from there because there was a lot of time in the evening and we had to go to the temple in the morning. we decided to walk from there.

Roads were very good there, I came once in my childhood with my maternal grandmother. But then I was very young, I do not have much but some things were getting reminded. When it came time to go to the temple, I slept, because I was very tired.

We started going from there on foot, we were not getting too tired due to the way being very good.

On foot, we reached the place where the stairs were starting and the shops all started from the same place. It was dark but there was a proper arrangement of light.

There were many shelters built there, in which you can stay, the blanket and mattress will also be given to you. But for the temple, the material of worship will have to be taken from their shop.

We saw a nice shelter and went into it. They gave us blankets and a mattress. Everyone washed their mouth and rested for a while. Everyone started feeling hungry, all of them could not leave the goods together, so first I and my friend’s friends went to eat.

When we went a little higher, we got a dhaba and we sat there. He gave us 2 tandoori rotis, one dal, one vegetable little rice and pickle. One plate was worth 50 rupees, and that was enough to eat that our stomach was full.

We came back after having dinner and my other friends went to eat. After eating, everyone lay down. It was also raining at night.

When I woke up in the morning, there was full fog around. In front of us, a huge stone had fallen on the far side of the road.

Everyone bathed and then we started going to the temple. We took the goods of the worship for the temple from the shop where we stayed. There was also mud on the way due to rain.

As we were going up, the surrounding view was becoming very beautiful. There were mountains all around.

The temple was so high that in many places even clouds were going through us and many clouds were below us. I was experiencing all this for the first time and it was a different feeling.

The temple was very crowded, after a long queue, our turn came. We worshiped and there was an empty space a little ahead of us, we stood there and took some pictures.

While coming down, took a photo, had a little breakfast on the way and came down. We also got a group photo from the photographer there.

We also got a group photo from the photographer there. After our arrival, my school friends also went to the temple.

From Tanakpur, we took a jeep for Khatima and while coming home, I called my mother and told her to cook for everyone.

Everyone reached home and ate food and then I went to leave them all.

5 thoughts on “MY FIRST VISIT TO POORNA GIRI TEMPLE”